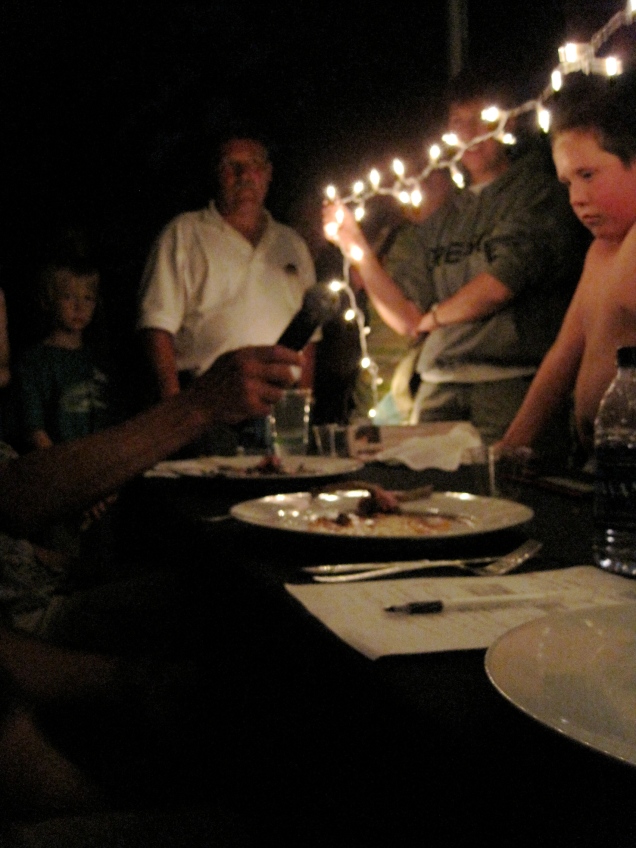 I had so much fun last weekend judging the final round of the Iron Chef Eugene competition at the Bite of Eugene festival at Alton Baker park.  Congratulations to the winner, Chef Gabriel Gil of The Rabbit Bistro!  Gabe gets to go on to compete for Eugene at Bite of Oregon in Portland on August 7. [ETA 8/11: HE WON.]

Due to unforeseen technical difficulties, the entire competition got started a couple of hours late. Chef Adam Bernstein of Adam’s Sustainable Table battled and won against his competitor, Chef Scott Whitus of Café Zenon.  Gabe took on Chef Max Schwartz at Café Lucky Noodle…and reigned supreme.  By the end of the finals, it was pretty dark and the chefs could barely see.  Staff rustled up some lights for the stage and some charming Christmas lights for the judges’ table.  Unfortunately, a half-naked kid stood right in front of the table as we judged the dishes.  Rather unappetizing, sorry.  But I did like the mood lighting. 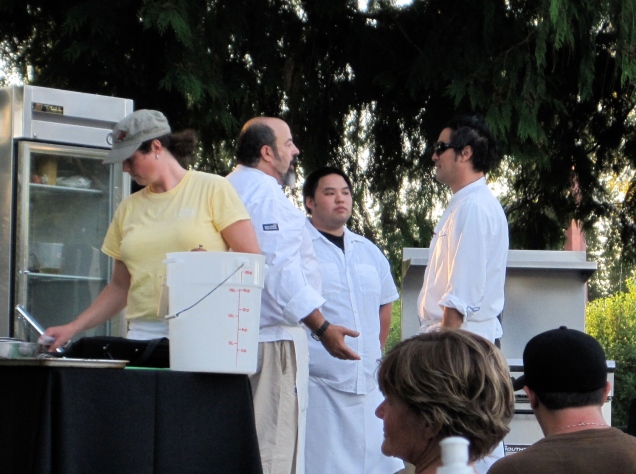 The final round began with the finalists, Gabe to the right and Adam second to the left, trash talking and getting ready to throw down.  (At least, that’s what I envisioned — I couldn’t hear what they were saying!  But they look particularly badass in this shot.)

Just as in the original Iron Chef competitions, the chefs had a secret ingredient: goat cheese.  The task was to integrate the ingredient into several dishes in 60 minutes as Steve, the emcee and festival organizer, chatted with the audience.  Then, the judges gobbled down as much of each dish as they could and tallied the results! 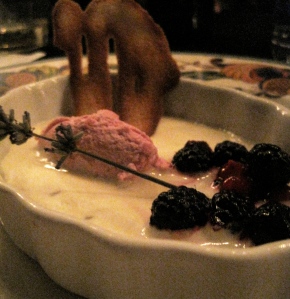 Two of my favorite dishes:  Gabe’s lamb “lollipops” with goat cheese pudding and sweet pepper purée.  The lamb was sauced with a fennel and port reduction, and garnished with shaved aged goat cheese.

The second photo is of Adam’s melted lavender goat cheese ice cream with berries and a black pepper tuile…”it’s become a crème anglaise!” he said.  (The delays meant that both of the chefs’ desserts didn’t take properly, and I didn’t critique “acts of god” in the judging.)  I’m a big fan of sabayon and similar sauces with berries, and really liked the combination of berry-pink, slightly sour goat cheese crottin, beautifully and saucily enhanced blackcap raspberries and currants, and the crème.

I didn’t get a shot of another favorite: Gabe’s dessert, a slightly droopy (again, technical difficulties) goat cheese panna cotta with a cilantro purée, a very light caramel sauce, orange segments, and strawberry Pop Rocks.  Yep, you heard it correctly.  And I was heard saying for the first and last time ever in public that I wanted even more Pop Rocks!

Gabe also pulled off a stunning salmon belly roulade on a salad of vinaigrette-dressed tomatoes and watermelon cubes. I have to say that he didn’t make much of the goat cheese on this dish (I think it was under the beautifully acidic tom-wat salad?) and that’s not a good thing in Iron Chef competitions, but as a food lover, I have to say that it was an inspired combination.  The fat in the succulent salmon roll and the meaty flesh of the fruit and the acid in the dressing, plus a few herbal leaves from the garnish, made me roll my eyes back in my head in joy.  THAT GOOD!  I hope this one ends up on the menu.

Sorry about the dreadful photos in the dark.  Here’s a cute one!  The daughter of my personable fellow judge, King Estate winery’s head winemaker Jeff Kandarian, watches little moths flit around the Christmas lights. 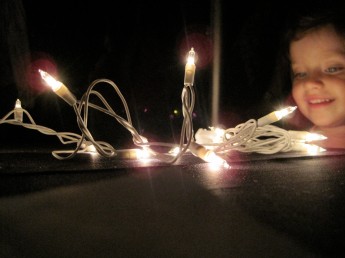 I had so much fun at the competition, and thanks to everyone who stayed until the bitter end.  Adam and Gabe both showed off their best for the competition, and I was so pleased to taste the results.  They’re very different chefs.  Adam aims for simple, more conservative, nearly 100% local fare (some of it from his garden, even).  His aesthetic would be at home at an upscale hotel restaurant or a place where well-heeled businessmen conscious of their food delight in his creations.  Gabe is more of a young Turk, experimental and whimsical.  His molecular gastronomy and odd flavor combinations are unlike anything else we have in Eugene.  Both chefs make me think there are changes afoot in the Eugene dining scene, and that things are getting better all the time.

And I can’t end this post without saying that judging an Iron Chef competition has been a fantasy of mine for my adult life.  My brother and I used to watch the Japanese version of Iron Chef together when he was little, and we’d pretend we were Chairman Kaga: 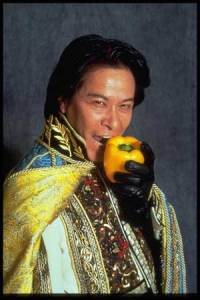 I have a disturbing number of photos of myself posed unintentionally (?) as an adult as Chairman Kaga, including this one: 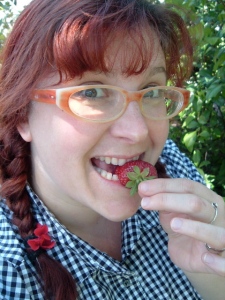 So now that I’ve been a judge, do I dare to ask to emcee next year?  Could I really fill those brocaded, 18th century Kitchen Stadium shoes?  It would be the pinnacle of my life’s ambition!  I’ll see what I can do.  Stay tuned…and ALLEZ CUISINE! 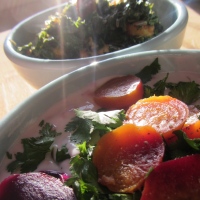