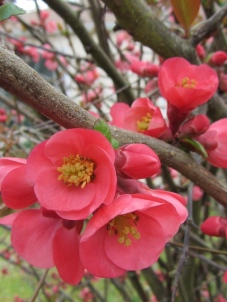 Did you get some gardening done during this sunny, gorgeously warm weekend?  I finally planted the peas (Green Arrow and Cascadia shellpeas and Oregon Sugar Pod II snowpea) at the end of last week, hedging my bets again this year by planting both seed and starts.  Getting smarter in my old age.  So I had some time to weed all the back beds, turn the compost, and do some pruning of the blackcaps, raspberries, grapes, and elderberries.

If you haven’t pulled out the Little Western Bittercress yet, do it very soon, as the little seeds are almost ready to shoot across the garden and into your eye.  True story, 2011.  It’s fine to leave it in until about now, because it does serve as a weedy cover crop if you have enough, but you want to move fast now as the flowers and seed heads form.  If you don’t know what it looks like, see former Food for Thought co-host and former Corvallis blogger Laura McCandlish’s post and images.

I love this time of year, because I find the difficult transition of the sleeping plants into spring helps me celebrate the passage of time and the cyclical nature of life instead of just feeling morose, aging, damp, and cold.  Flowering quince (above) are my favorite of the flowering plants and bushes in Eugene, and we have many from which to choose.  What are yours?

Now we just have to keep our fingers crossed we don’t get snow.  Let’s not forget about the First Day of Spring Snowstorm last year:

That’s my flowering quince before I ran outside, dodging a downed powerline, to beat the snow off the branches and flowers with a broom.  Because no one, and I mean NO ONE, is going to ruin my damn quince flower quality time.

5 thoughts on “has it sprung?” 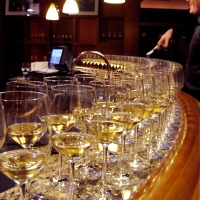